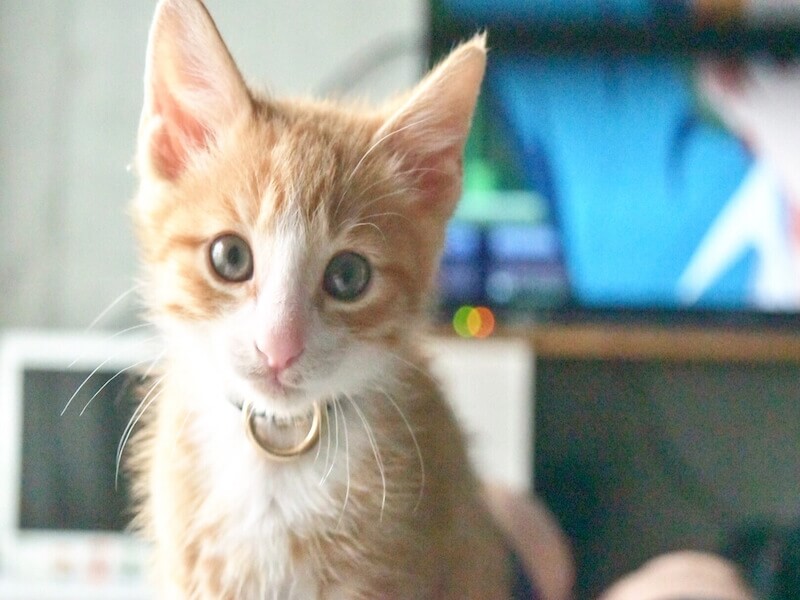 It looks like Siam , but it has more variety in colours.

They are smart and can communicate with the owner.

Colourpoint shorthair is crossbreeding between Siam and American shorthair .

Ordinaly Siam have only four colour. As for more variety in colour, people decided to artificially produce new species which look alike yet different in colours.

Consequently , colourpoint shorthair have 16 colours. Beside the colour, the characteristics are very similar with Siam. Colourpoint hair is smart and love their owner.

They cannot also keep themselves silent and have 100 different voices.

Since they are highly depend on their owners, they are suitable for those who can really concern about them.

Cymric is species that artificially produced from long-hair breed,Manx.  Cymric is also known as  “long hair Manx”. Manx is the cat that has no tail.

The name of Cymric comes from Cymru, which stands for Walews in England.

What is interesting is that they don’t have distinct tails, and its name differ according to the length of their tail. There are mainly four different names.

Other unique point is that their front legs are shorter than back ones. Thus, they sometimes hop and walk like a bunny.

This is Kinkalow, not Kintaro.

This is the new breed cat that has attractive short legs and curled ears.

The name “Kinkalow”, is the combination of Kinky and Lowlegs.

They have short legs which come from Mantican, and curled ears which comes from American curl.Their ears starts curling after two weeks of its birth.Their legs are shorts yet they are hyperactive. So please prepare enough space for them to running around.

KInkalow is smart and they can play with catch and release.

They are also socially active therefore it is best for the ones who willing to spend their time to interact with a cat.

The type that has more fingers

The acient of Clipper Cat was shipped to Australia and Newzealand during 1850~1900.

Their name, “Cliper Cat”, comes from the ship, “Clipper Ship”.

The journey was about 100 days, so the cats were used in hunting mouses and insects.

They used as gifts for captains.  Because they believed that those cats will bring fortune to the sailers.

Bobtail refers to its short tail. In addition to the farmous Kyrilian Bobtail, there are Japanese Bobtail as well as American Bobtial.

Kyrilian as relatively wild among those cats, They will pack just like wolves. They also hunt for small animals and fishes, particularly eel.

They seems very wild, nonetheless they are very friend yet suitable for those who have kids or other breed in their house.  In Russia, Kyrilian Bobtail is kept in thier house for mouse hunting.

n Japan, there is no place to obtain Kyrilian Bobtail.

Thus if you want to keep Kyrilian Bobtail as a pet, importation is required from Russian. Seeking for specilist or pet store help is suggested in this particular case.

Korat is a breed from khorat, Thailand.

It is also known as “happiness cat” in Thailand. 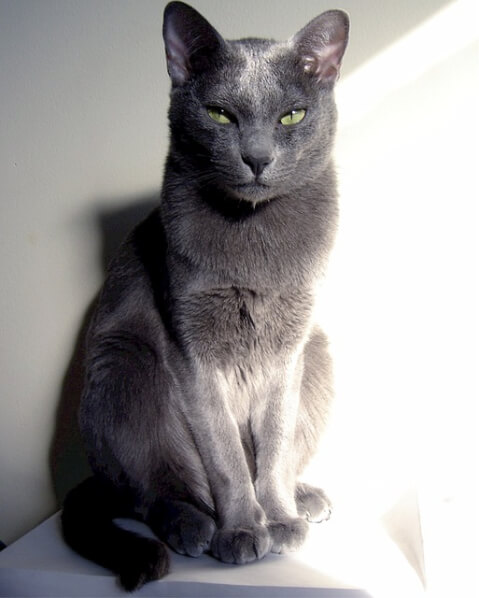 In Thailand, Korat symbolizes ”happiness”. Also Korat is known as spoiled cat which loves to interact with their owner. However, they are starburn as well. If the owners did not spend much time on them, they might not get close to the owner.

They have are sapphire-blue eyes and grey hair. Hair colour is similar to Russian Blue or Chartreux. Thus, together with Russian Blue and Chartreux, they are said to be Three Blue Family.

With their beautiful eyes, they are one of the choice for entertainers to keep as a pet as well as used in filming. However, they are very rare and thus hardly found in Japan.

Cornish Rex is from England and produced due to mutation.

Thin and long body, hairs are differ from others and it make themselves special. 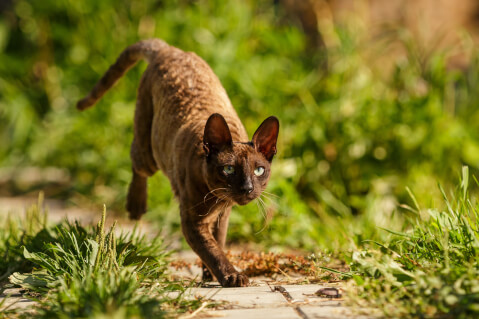 Cornish Rex has a stylish and strong body. After knowing they are from England, isnt it reminding us about the gentleman spirit in England?

Cornish Rex is one of the short-hair cat that allow you to  ease in cleaning up their fur.

Since their have no “over-coat”, they have no ways to absorb those sebum. Therefore, as Sphynx   cat, their bodies are easily get sticky.

Owners need to use warm wet tower to wipe thier cat once in a month or take cats to bath.